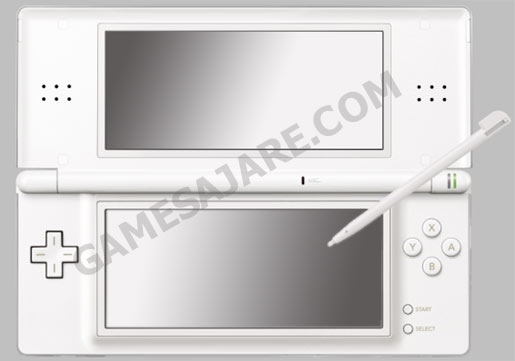 Together with the announcement, Nintendo revealed additional details about the DS Lite Widescreen. First and foremost, it confirmed once and for all DS Lite Widescreen can play Game Boy Advance games, and its cartridge slot will be located at the same bottom rim of the handheld, as on the original DS. However, Nintendo notes that GBA cartridges will stick out by one centimeter when they’re inserted into the DS Lite Widescreen, due to the smaller form factor. The DS’s card slot and power cord socket will be located in the same places as before, while the power switch and stylus holder have been relocated to the right edge of the handheld.

As previously reported, the DS Lite Widescreen’s body thickness has been reduced by a third (when folded), and it features a 20 percent weight reduction, from 275 grams to 218 grams. The screen size remains unaffected, and both the top and bottom panels use 3-inch LCDs. The original DS used semitransmissive LCDs for its two panels, but the DS Lite Widescreen will use transmissive LCDs, which allows for higher levels of brightness.

*Playable hours change depending on game