Warner Bros, Hollywood’s biggest seller of DVDs, representing about 18 to 20 percent of sales in the United States, was one of the few studios that backed both formats.
All sides of the format war had agreed it was confusing to consumers and a stumbling block for a potential multibillion-dollar industry.
Total DVD unit sales fell 4.5 percent in 2007, the first major year-over-year decline since the disc format debuted in 1997, according to Adams Media Research. Sales fell 4.8 percent to $15.7 billion.
«The window of opportunity for high-definition DVD could be missed if format confusion continues to linger. We believe that exclusively distributing in Blu-ray will further the potential for mass market success and ultimately benefit retailers, producers, and most importantly, consumers,» Warner Bros Chairman and Chief Executive Barry Meyer said in a statement. 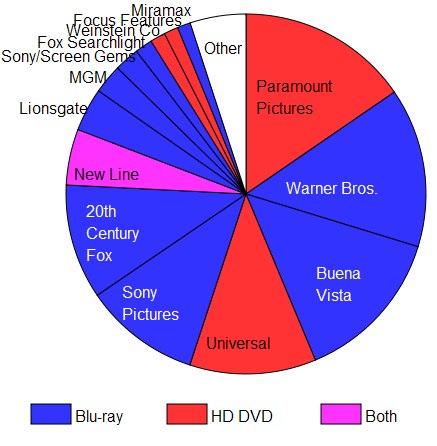