Space Giraffe is a fast-paced action arcade video game by Jeff Minter and Ivan Zorzin of Llamasoft. Space Giraffe visually resembles the arcade classic Tempest, though Minter states that it is not a clone of this game

Jeff: «Not seeing a lot of reason to continue even trying to make games, at this point, when a remake of Frogger, one of the worst games in the history of old arcade games, can outsell Space Giraffe that we put so much love and effort into, by more than ten to one, in one week,» Minter had written. «OK, we get the message. All you want on that channel is remakes of old, shite arcade games and crap you vaguely remember playing on your Amiga. … We’ll shut up trying to do anything new then.»
«I’m not going to be writing about game development here any more after this. Yes, I had a bit of a rant the other night because frankly yes, it is a bit disappointing to see a repackaged MAME rom doing much better than original content, but hey, that’s how it goes. People are more inclined to buy stuff they remember rather than stuff that’s new. 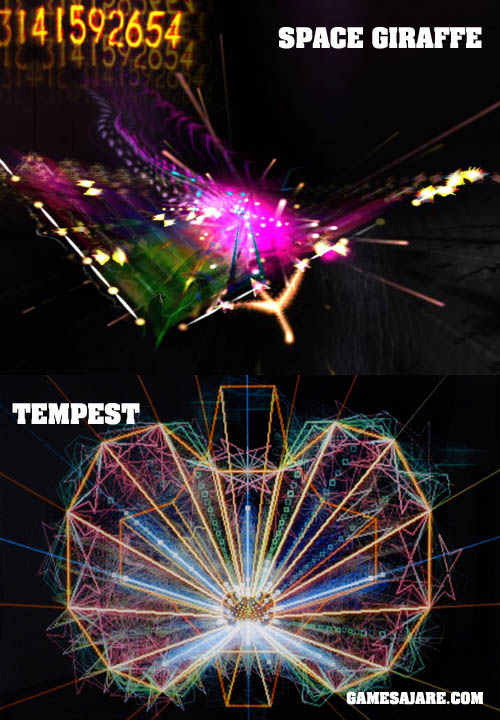