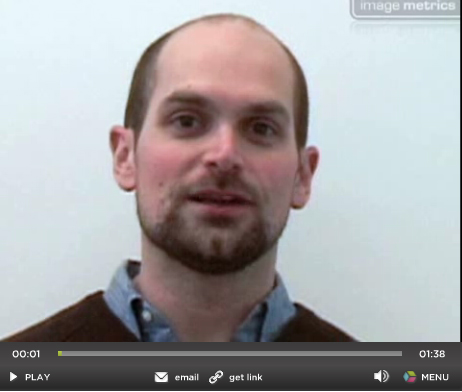 But I was just a test dummy after a string of game developers already used Image Metrics in extensively in titles such as Top Spin 3 and Grand Theft Auto IV. And it’s starting to gain a foothold in Hollywood, with films such as Harry Potter and the Order of the Phoenix already taking advantage. In many ways, however, this kind of facial mapping motion capture is still nascent in its potential. It could, for instance, take performances by long-dead personalities and map them to new, computer-generated characters, creating an intellectual property conundrum that could be entertaining (Jackie Gleason’s face driving Family Guy’s Peter Griffin?) or profoundly disturbing (Benito Mussolini speeches mapped to the face of SpongeBob SquarePants?).