The Intarwebs were buzzing for the past few days due to rumors that Viacom was attempting to buy Take-Two. This is not true, according to a report by Reuters.
News of the rumors spiked shares of Take-Two 12 percent on Thursday. But unfortunately, it was just wishful thinking. Reuters sites an unnamed source “familiar with the matter” who says there has been no offer.
Viacom, the media giant that owns MTV, recently purchased Harmonix. That led to speculation that Viacom was making a serious play for the videogame industry. However, when IGN spoke with Paul DeGooyer, Senior Vice President of MTV Games in January, the acquisition of Harmonix sounded more like a play to expand music interactivity, rather than to dominate the games industry. 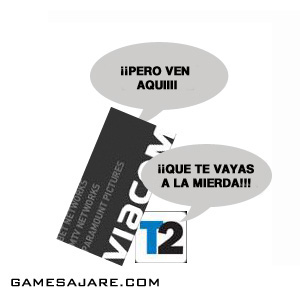