A Florida man boy protected his sister and home from burglars who were after his PS3. The criminals broke into the home of Damian Fernandez while he and his 15-year-old sister were home alone. While one thief was in his sister’s room, Damian jumped off his bunk bed and grabbed his sword, and as he puts it, «I just waited for him.» Then, like a ninja, he sprang from the shadows and stabbed the guy in the chest!

The robber ran and was found later by police hiding behind a neighbor’s palm tree … ‘cause its Florida. The second nefarious thief skipped town (or just got away, one or the other). Although, we have to say that Delio Fernandez, the two children’s father, took the words right out of our mouth when he said, «If [the robber] would have had a gun, I could have lost one of my children.» Yeah, the daughter, cause your son’s got mad ninja skills! 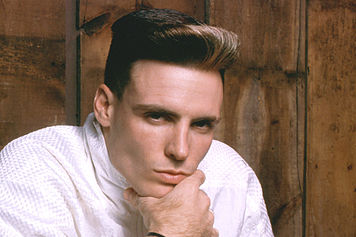