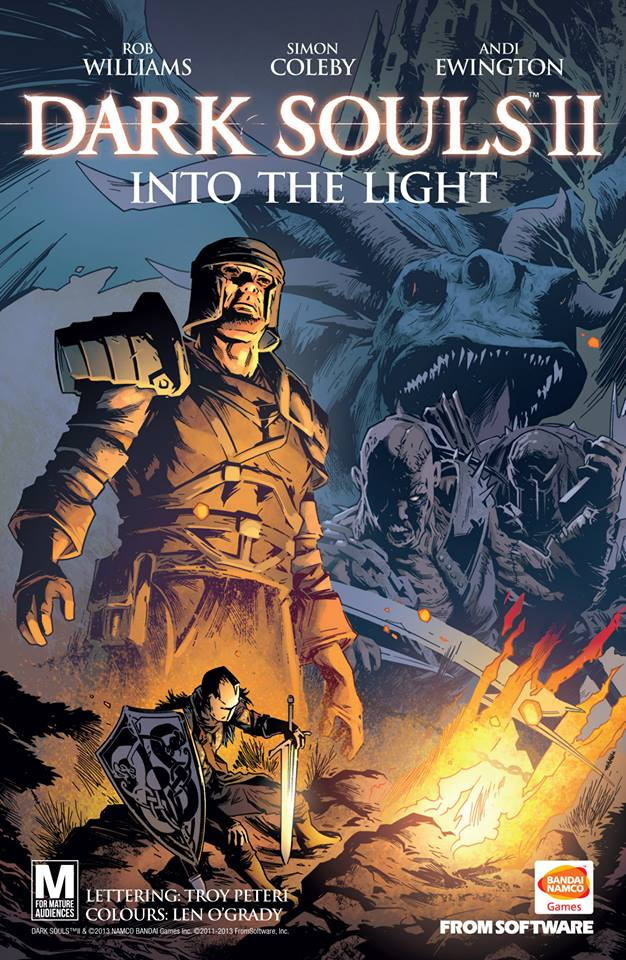 NAMCO BANDAI Games Europe and From Software have decided to work with some of the most exciting comic writers and artists to produce an exclusive comic book for one of the most-anticipated games of 2014: DARK SOULS TM II.

The graphic novel, titled “DARK SOULS TM II: Into the Light” takes place in the thrilling universe of the game. The story is written by Rob Williams and Andi Ewington with art provided by Simon Coleby.

Andi Ewington is an up-and-coming writer whose breakthrough debut novel ‘45’ won critical acclaim from reviewers and fans alike, and has recently claimed a #1 Amazon UK Kindle Superhero bestseller spot. He was also named in WizardWorld’s ‘5 on the rise’ for 2010.

When asked about their collaboration around “DARK SOULS II: Into the Light”, the authors said that “Gothic environments, unworldly monsters, eldritch atmosphere, adventure and terror” are the best arguments that an artist could wish for! When it comes down to the deep & breathtaking storyline they only whispered “Before you venture into the darkness, pay heed to those who know what awaits within”.

Dark Souls II: Into the Light will offer an extended experience to hardcore fans and newcomers in the DARK SOULS II universe and will be available Early January 2014.

Dark Souls II will be launching in Europe and Australasia on March 14, 2014 on the PlayStation 3 computer entertainment system and Xbox 360 video game and entertainment system from Microsoft with the PC edition to follow shortly in 2014. To learn more about Dark Souls II or to pre-order the game, please visit http://www.darksoulsII.com/. To stay up-to-date with DARK SOULS II including updates on the upcoming DARK SOULS II Beta; please visit the DARK SOULS Facebook page at https://www.facebook.com/darksouls.